We cruised up to the tip of the Trinity Peninsula, through the Antarctic Strait to Paulet Island. This is more like the Antarctic experience: cold, windy, and snowing. Can’t wait to get off off the ship!

Jon had a little food issue last night so he left the island exploration to me this morning.   I hurried to suit up with as many layers as possible and then some.  I was certain to be identified as one of the fat penguins due to my rotund form.

The crossing was wet and the landing on Paulet was a soaker.  As protected as possible, the bay was still roiling. The noise and smell alerted us to the inhabitants: Adelie penguins.  They covered the beach and hillside for as far as one could see. 200,000 is the rough estimate for the island. 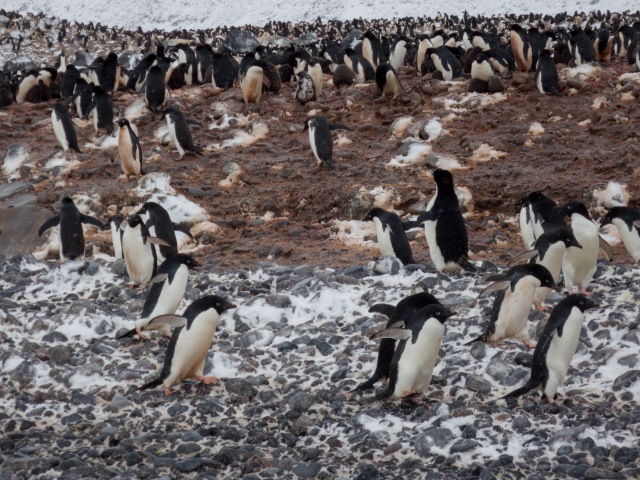 Sitting quietly on the rocks, the penguins waddle past me showing off their latest rock maneuvers.  Moving off the beach and up the hillside is the nursery.  Here the chicks are in all stages of development. 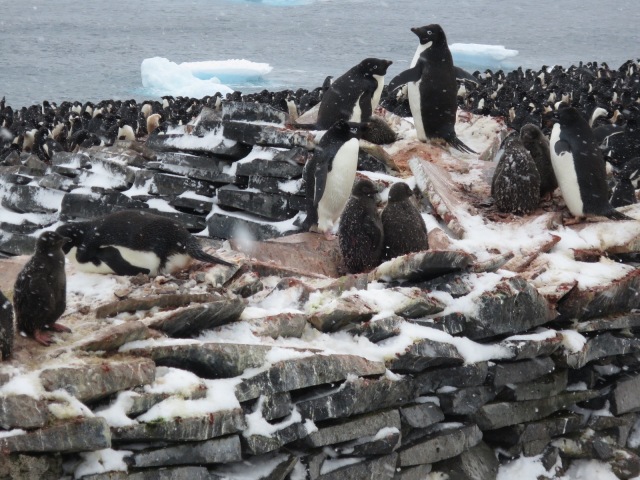 Before leaving the island, a few stray birds marched down to the water to check out our ship. 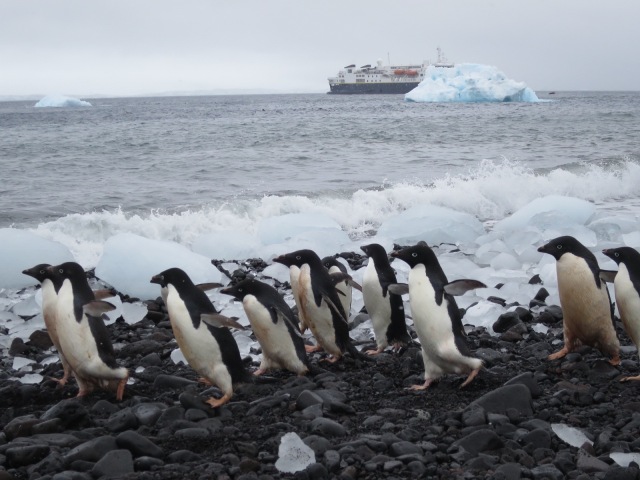 The afternoon we pulled up to Joinville Island, Tay Point and landed in the middle of a windy snow storm. The terrain was similar to Half Moon Island with uplifts of rock along the beach. In addition to the penguins there was a mummified leopard seal and a living waddell seal. Visibility was limited.

This entry was posted in Antarctica, 2018/2019. Bookmark the permalink.